I am not a content creator on social media, but I am a consumer. I have been a software developer for quite a while and have had exposure to Patent Infringement claims. As a developer and a business man, I do run a very small startup, I understand both sides of the issue, but our current trajectory is untenable. From the absolute mockery of public domain to aggressive and downright hostile copyright abuse that exists today a backlash is coming and the sooner companies like Google realize it the better. 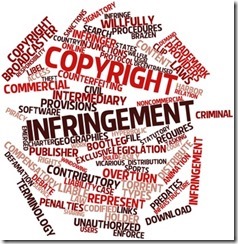 YouTube has two major issues that as a consumer I can spot. First is the Content ID system. Content ID is an automated system for cataloging copyrighted audio and video works and assigning them an ID in a database. All videos uploaded to YouTube are scanned and compared against the Content ID database, leading to automated takedowns. The second major issue is DMCA claims that can be filed against a video by a copyright holder. This is a manual submission (Content ID is fully automatic after you upload and catalog your works) but all other parts of the process are automated.

Why is this broken?

YouTube’s copyright system is getting close to 10 years old. This is an eternity in terms of the Internet. That long ago there weren’t people Let’s Playing, live streaming or making a living giving commentary. Ten years ago no one was sure how people could really make money off of the Internet like this and piracy was rampant. Companies like Nintendo, Sega, Sony, Viacom, etc thought that YouTube would be the downfall of their entire business models, through pirating or people watching others use their content. It’s under these conditions that the system as we have today with very little changes was enacted. YouTube was also not getting sued by the people creating content for it’s platform, thus it’s easy of use was heavily skewed toward the companies trying to protect their content.

But as with all things, if it doesn’t evolve it and it tilted in favor of one party over another it will start to be abused.

What are we seeing?

What we are seeing today is the YouTube’s Copyright system is being abused. Companies use the system to claim copyright over Fair Use videos and steal monetization (the ability for a creator to make money off of their videos), put content creators out of business and even more chilling silence critics. This happens because there are no penalties (even if the reporting page says there are) to report false claims. Instantly when you submit a claim or a Content ID match occurs for the next 30 or 60 days, you get the revenue from the video. Even if your claim is false and you withdraw it at the end. Because a channel (the storefront for all the content creators videos) can only have a max of 3 strikes against it at one time this system can easily be used to silence critics and stifle someone’s free speech for a time period.

YouTube is the #2 search engine on the Internet. As a platform it’s given the ability for a lot of people to make a living creating content. These content creators do it all legally, a lot of time utilizing the Fair Use provision to adding commentary or insights. But now they are under a constant risk. Imagine some, or all, of your income for 30, or 60 days could be stolen by a 3rd party. YouTube is popular because of these creators, not because of large companies.

Some ideas for fix the problem

As a developer I can see 4 easy ways to balance YouTube’s Copyright system. These aren’t end-all-be-all fixes, but intended to be things that can be added to the system to make it more fair and curb abuse.

There is a 3 strike system if you’re a content creator on the platform. If you get even one strike that can adversely affect your ability to create an upload videos, make money or even have a channel at all. But there is very little issues if you’re creating false claims. Companies should have to file claims on their own YouTube account. Sending out false claims should result in degradation of the claimants channel, unable to upload videos, unable to monetize, etc.

When a claim is filed on a channel now it’s pretty much an instant strike. This is completely backwards and YouTube is automatically assuming guilt. Which could have been fine in 2005 but now is punishing creators (who are the major reason YouTube is popular) right out of the gate. Any claims pending against the channel (The ones within the 30,60 day response window) should not count against a channel.

3.) Monetization Should Be Held In Escrow (existing or added)

Right now YouTube is an active participant in the Internets version of wage theft. As the system stands today if you have a monetized video on YouTube and someone files a claim they can draw the process out to the limit then at the very end withdraw the claim and keep the money. The same goes for Content ID, you have a monetized video and YouTube automatically detects content in the database, you money is now diverted to them. All money collected during the process should be held by YouTube (i.e. in Escrow) until the process is complete. This includes all existing and monetization that could be added during the process by either party.

4.) Claimant should pay for monetization stolen

Content creators time is just as valuable as anyone’s. But the burden of proof is completely on them to submit documentation and information on these claims and thus end up spending a lot of time on this process. So this one is pretty simple, if you submit a claim against a monetized video you should have to pony up what the max spend over the time frame would be. If the max length for any claim is 60 days, then you should have to put into escrow 2 months with of estimated monetization. If your claim is false or invalid you loose the money up to that point. So if it takes 45 days, then you loose 45 days worth of that estimated monetization. That money would then go to the creator who had their time wasted and may split some off to fund a legal defense fund or go to charity.