Every 3 years or so I build a new primary workstation\gaming rig. My current system is about 2 years old so it’s not time for a replacement of it yet. But I had a need to build a system that guests at my house could use to game lightly on. Normally if your talking a gaming computer your looking at easily $1,000+ for low tier systems. I think I say ‘rock bottom’ gaming rigs starting at $800. My goal, I want to build a system for around $500. Oh yea it was that kind of weekend. 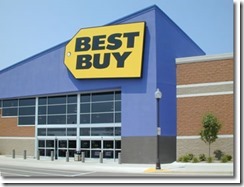 I wanted to get the rig up and running this weekend (for someone to use) so I decided to use Best Buy to source all my parts from. In my area we don’t have many independent computer stores with a good stock of parts so I was pretty limited in brick-and-mortar computer stores.

The goal here is not to build a top of the line or even a mid range gaming computer, but something that could run  a number of games on Good/Fair settings. This is also just to build the box itself, not the monitor\keyboard\mouse\speakers. But Best Buy has a good selection of all those items so it’s pretty easy to source those as well in one shopping trip.

Every Best Buy is different. I have a small one by my house with a very limited computer parts section. So I did have to drive to Reno to pick up some items, but otherwise in my small local store I found everything I needed. Which is pretty amazing, I’ve always thought that you can’t get good quality parts in Best Buy but I was blown away. There were some brand new GeForce GTX 970 cards in there, sweet!

I did a bunch of research and had a lot of computer’s opened up at Best Buy, the geek squad was more then willing to crack a case so I could look inside, but it sounded to them like a strange request. I finally decided on a Dell Inspiron 3847 (i3847-2310B). This system came with a  1TB 7200 RPM HDD, 4GB of RAM and a Intel Pentium G3240 processor. What I liked about this case was the openness. None of the custom crap that Dell usually throws into their cases or big blocks of plastic housing that makes it almost impossible to upgrade. Additionally unlike some other Dell cases this one will support 2 slot graphics cards. Now there may be a length issue, there are some SATA cables and connections that could mess with very long cards but otherwise it’s very accommodating. 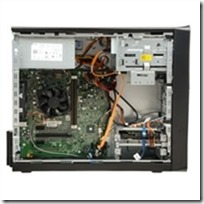 The case normally retails for $359.99. I saw the ‘on sale’ tag at my local Best Buy for $339.99. The store in Reno though had an Open Box version for $276.99, so I snatched that one up right away. The first thing you will notice about that case is that the PSU has no other available power outputs. So you cannot install another HDD, or Graphics Card that requires a additional power rail. I solved this with an Insignia 520W PSU from the store for $49.99. Now again this would not be my top 100 PSU’s to put into my own computer and Best Buy did sell high end PSU’s to my surprise but this rig just didn’t need it. Additionally I could have saved another $10 bucks on 320W one but wanted to make sure I could power a good graphics card.

Next item to take care of was the RAM, 4GB is just not good enough for doing anything of meaning on a computer nowadays. Remember that all the system processes on a Windows 8.1 box will take around 1GB to 1.5GB of memory. Add in additional processes like anti-virus, backup, email, chrome/ie, etc you’ll probably only have around 1.5GB to 2GB available for your game. That being the case 8GB is the minimum for me, so I picked up 8GB PNY Optima ram for $75.99. Again there were better ram kits available (a Corsair Vengeance kit) but PNY is a good brand and more then enough for this system.

Now for the big daddy of any gaming computer, the graphics card. At my local store the selection was very limited, but the store in Reno had way more higher end selection. But I was already back home when I found out my old card (PCIe 2.0) wouldn’t work as it’s a PCIe 16x 3.0 slot.  There was a 1GB GeForce GTX 750 for $149, a 2GB version for $159 and a GeForce GTX 760 on sale for $199. I’m not a fan 1GB cards, so I am currently testing the GTX 750 2GB version. The benefit of this card is does not require another power rail so you could plug it into a stock case without a new PSU. At my Best Buy there were no R9 AMD cards so I didn’t go that route, I’m usually an NVIDIA man anyways.

Initial testing yesterday went well, with Warlords of Draenor running on a mix of High/Ultra settings and not dropped below 32 FPS in LFR’s or the Garrison.

I was a little over my budget (my total is $564.97 with the open box case and PSU that’s not needed right now). Without the PSU I would have just barely been over, but buying everything at normal cost for $575.97 is a great deal. The thing I love so far, is that with the new PSU I have much better options to upgrade this system. The motherboard can take up to 16GB ram and an Intel i7 Quad Core (4th Generation) chips which is way more powerful then the current processor in there. The case also has plenty of room  so buying a new i7 you can buy a nice new CPU fan as well.

I haven’t’ decided if I’m going to upgrade this system any more; for example an SSD, more RAM, more power graphics card and a new CPU, but I have the option which is nice. I don’t know Best Buy’s Geek Squad can do these types of builds for people but it would be a good service and still cheaper then the $800 to a $1000 for a entry level gaming rig. I also don’t know if this is the way Dell is going with all their new systems, but if so major kudos to them, it’s refreshing to crack open a Dell system and it be normal and expandable. Also kudo’s to Best Buy for stocking some good options for PC gamers.