I have found the one phone that every mobile developer should have on their desks. So what is this remarkable device and why should you add another one one to the many of devices any good mobile developer already has? Well let me dive into that, but first, let me show you the glory that is the BLU Grand XL. 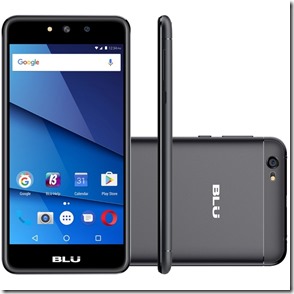 This puppy is about the size of an iPhone 6/7 Plus, and a little bit thicker and a noticeable amount heavier. The one I picked up is running the latest. at the time, version of Android 7 (which is why I stumbled across this gem). I picked mine up for $100 unlocked at BestBuy but I have been seeing them show up for less online as well.

The screen, device feel and size all make it a pretty decent device to have to pick up and set down all the time. The screen is fairly responsive so that doesn’t complicate any testing and it easily hooks into Windows and MacOS out of the box for USB debugging and deployments.

But the magic occurs when you look at the device specs and start testing your apps on it.

Don’t be fooled, that quad core 1.3Ghz processor is not as powerful as it sounds. For the most part it seems to run Android 7 ok, but there isn’t much left over for apps. But there is where the magic occurs for us developers, that processor and amount of RAM is almost the perfect modern day worst case performance scenario. Here at Resgrid we’ve been developing against the Ionic Framework since around 2014’ish and developing on the hybrid stack mean performance is a big concern, but also something that can be difficult to really test and gauge.

Us developers usually have pretty good phones, which means our apps usually run very well. But what are your users using? Prepaid phones and now phones like the BLU Grand XL are out there and very affordable. A lot of people out there using phones a few years old and a lot of people have gotten off the “upgrade every year or 2” train.

Because of the nature of the Resgrid app, targeting emergency management and first responders, we have a pretty high target in terms of performance (our goal is a usable app within 3 seconds), but given the fact that we are at the mercy of the device and browser on that device it can be a difficult target to hit across the board.

But if you can get your app working well on the BLU Grand XL, it’s going to work well on so many other devices. When we first loaded our app on that puppy (in prod mode with aot) it took almost 18 seconds to be fully usable. Because of this we implemented lazy loading, removed plugins and packages and so far have that time down to 12 seconds and still have a way to go.