I’m a huge fan of Telerik. I’ve been using their products and services since RADControls in late 2004 and have always liked how they construct their control suites and their API’s. To me Telerik always had the most developer friendly controls. 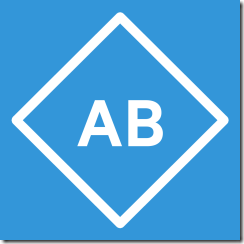 In late 2013we started using Telerik’s Icenium, now AppBuilder, for Resgrid on our Android Reponder app. Resgrid is a cloud based system, that was founded by staxmanade and myself, for first responders (volunteer and career fire departments, EMS, search and rescue, public safety and more) can use to manage their personnel and unit logistics and departments.

With AppBuilder we gained a very powerful platform for developing apps on Android and iOS, which utilizes PhoneGap/Cordvoa under the hood. When we bought our subscription in late 2013 it cost us $19 a month (month to month sub) to use AppBuilder and a license of Kendo Mobile.

The main benefit for us was that ability to locally simulate iOS and Android devices on our Windows machine without having to install a lot of software or hack around to get something close. This reduced our development friction a lot. Additionally AppBuilder will generate the APK’s and IPA’s for you so submitting them to the store was easy as well, no need to setup a build machine.

So AppBuilder is a useful tool, and one I can justify spending 20 bucks a month on. Recently Telerik went through a rebranding, renaming Icenium to AppBuilder and launching themselves as a complete end to end platform provider. During this launch event they adjusted all the AppBuilder pricing, and included a free plan with a limit of 2 projects.

Great I thought, I only have 2 projects down the pipeline, I can save $20 a month. After talking with some representatives at Telerik the free plan of AppBuilder doesn’t support generating the IPA or APK to submit to the stores or deploy on a device. So there is no way to get your free AppBuilder app onto a phone besides using Ion. Additionally you have no portable license to Kendo Mobile, you can only use it on their platform (Ion, AppBuilder, etc).

So using the free plan is out of the question. So what’s the next available plan, that would be AppBuilder Professional and for a monthly sub of that it’s $74. So that about a 350% price increase for the same product we were using. No extra features, no VS plugin support, nothing, just a straight 350% price increase, nice. To Telerik’s benefit they are giving current customers access to the equivalent tier at the old price for 6 months, but after that you will be billed at the new price.

It’s very difficult to justify paying $74 a month for the AppBuilder product. Yes it provides some nice features and reduces some friction. But that much? No way, there’s not that much value. So what are the options?

Sencha Touch is a full mobile framework from Sencha. It was also the first mobile design framework we looked at. Sencha Touch is very full featured, lots of samples and demo apps and has a pretty easy API. The drawback from Sencha Touch against Kendo Mobile can change the UI to look more like a native app. Now this doesn’t have the importance that it once did, but is still a very useful feature. For example Apple started rejecting apps that didn’t meet the iOS7 UX guidelines, if you were using default Kendo Mobile styles your already golden.

Migrating to Sencha Touch completely divorcees you from Telerik, which may be a positive, seeming you never know when they will drastically increase the cost on you. If your using AppBuilder in conjunction with Kendo Mobile you will need to start building your APK’s and IPA’s yourself or using PhoneGap build.

Much like Sencha Touch jQuery Mobile is a nice UX platform for Mobile development. But unlike Sencha Touch it doesn’t have any framework (MVC/MVVM) behind it. That leaves you flexible to using Angular or any other framework if you want to, but it’s not an all-in-one out of the box solution like Sencha Touch is. There are many options for jQuery Mobile, it’s very flexible and the theme roller can get you pretty close to your own branding and color scheme without a lot of work.

Migrating to jQuery Mobile, much like Sencha Touch, completely divorcees you from Telerik. If your using AppBuilder in conjunction with Kendo Mobile you will need to start building your APK’s and IPA’s yourself or using PhoneGap build.

Just buying a license to Kendo Mobile only costs $199. Which means just spending that will pay for itself in under 3 months if you paying monthly for the lowest tier of AppBuilder. You still get the benefit of Kendo Mobile, which is still an amazing mobile framework, but free yourself of the price gouge of AppBuilder. To me this is the most beneficial option.

So we can replace Kendo Mobile if we want, or just pay to keep using it. But now how to we migrate off of AppBuilder. The easiest way would be to rip out all of the AppBuilder stuff (configs, project files, split cordova files, etc) and put in the standard Cordvoa implementation. To replace the simulator you can use Ripple and PhoneGap Emulator.

To replace the building you can switch to PhoneGap Build which will give you access to Windows Phone and Blackberry emits, which AppBuilder currently doesn’t provide. PhoneGap build is free for one private app, and $10 bucks for unlimited private apps. Now PhoneGap build officially only supports GitHub, but there are ways to make it work with BitBucket as well. Which brings it inline with what AppBuilder provides now.

It’s a shame, I was really liking Icenium (AppBuilder) for a platform where I could build and deliver apps for Resgrid, or for side projects. But it appears now that Telerik is moving away from providing solutions for smaller developers and focusing solely on lager customers. Hopefully in the future Telerik will realize that us small guys deserve a little love too, but for right now, a plan B is needed.