Starting up with Microsoft Azure

So a little background, I’m the founder and principal of Resgrid, a cloud based service for first responder organizations to manage personnel, units, departments and logistics. With my partner staxmanade we have been working on Resgrid for just over a year, taking it from a MVP with an app on Apple Store and Google Play with 4 big buttons and a simple website to a cloud service capable of managing the entirety of a first responder department, it’s units, calls and personnel. 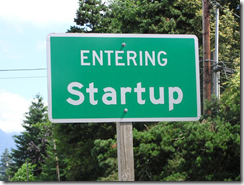 When I talk about Resgrid and the path that was taken with it to other technology people or business people I get asked a number of questions, mainly “Why the hell did you choose Azure?”.

I’ve been a developer on the Microsoft platform since .Net came out around 2001, so I have a long history with Microsoft and their ecosystem. But in my day job I’ve been using Microsoft technologies less and less even at a “Microsoft Shop”. Most of my time now is working with HTML5, Cordova, Kendo and Icenium, which isn’t step up from Visual Studio.

So I have a history with Microsoft, their tools and ecosystem but I could have easily gone with AppHarbor. Which I actually originally started playing with. I hated the first few years of Azure. It was clunky, undocumented and barely operational. To boot in golden Microsoft fashion it was priced way to high.

So why Azure then? Well if you haven’t checked it out recently it will blow you away. I can’t think of another could service that gives you the capabilities that the Azure platform does. Second? If you’re a new startup the BizSpark program gives you access to all the MS tools and $150 a month in free Azure credit.

So with Azure I’m running 4 roles (2 of which have 2 vm’s) and a Business SQL Azure and a VM. My cost? About 30 bucks (for some reason the Azure credit doesn’t include support, nice Microsoft, nice). But if it did…

I could run my entire company on Azure with no out of pocket cost for 3 years under the BizSpark program. Some of you might balk at using XS (Extra Small) VM’s for the worker roles. We’ve split out our system workload, between the website and the API, both of our high touch points for end users. For 30 days at the end of October and Early November we had over 10,000 page views a day between the site and API. This might not be a lot for the vast majority of sites out there, but for us in a product we haven’t tried selling yet and aren’t really advertising it was a huge jump in traffic from our normal ~2000 per day. Our army of XS VM’s handled it without breaking much of a sweat.

A lot of my issues with Azure have been addressed recently, mainly controlling costs. A few months ago my deployments flipped from XS vm’s to XL, oh yea, my bill jumped from $0 to over $600. I called MS, they refunded me only one month. So that’s what I get for not watching my Azure account like a hawk. Thankfully they have fixed most of the spending limit and monitoring issues you can find details about that and many more Azure improvements at ScottGu’s blog.

This process over the last year hasn’t been a rainbows and unicorns. We’ve had major issues with SQL Azure performance, to the point where I was seriously considering moving off of Azure, the billing issue, paying for Developer level of support that should be included, the convoluted Azure credit system for BizSpark that changed around August and other issues I’ve documented already.

But although our Azure experience overall has been very good, we have not jumped in with both feet with Azure features. This is because we want to have the flexibility to have on premises deployments and the possibility to housing Resgrid ourselves or on another cloud provider in the future. So any feature we use in Azure we need to have a graceful fallback feature for non-Azure use.

So for any startup, Microsoft developers or not I would recommend Azure coupled with the BizSpark program. For 3 years you can get everything up and running with virtually no cost and after 3 years if you don’t like it you can take your ball and go somewhere else. Azure supports .Net, Node, Java, PHP, Python and Ruby out of the box so the flexibility is there for non-MS solutions as well.

I have my strong doubts about .Net and the future of MS as a development platform, but for right now it’s a good fit and perfect for a lean cloud startup.

One thought on “Starting up with Microsoft Azure”