Forcing yourself to launch your product

So you’ve spent all this time building a product or service, when do you finally launch it for money? This can be one of the more difficult decisions that you have to make. As a developer we are hard wired to be passionate about our craft, especially when it’s our baby. Even the most detached developer gets that glimmer in the eye when it’s about the code they wrote for that critical process. When it’s your own product or service and a direct representation of you sending it out into the wild, and asking money for it, prepare for an internal tug of war like you cannot imagine. 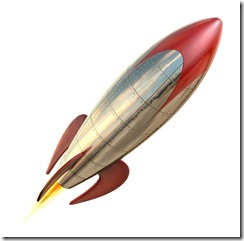 Besides naming your company or product one of the most important emotional decisions that you will have to make is when to launch your startups product and asking people to use it and more importantly pay for it.

Some history, this is from my experiences with Resgrid which is a cloud service company, SaaS deployed on Microsoft Azure, providing logistics and management tools to first responder organizations like volunteer fire, career fire, EMS, search and rescue, public safety, disaster relief organizations, etc. It was founded in 2012 by myself and Jason Jarrett (staxmanade) and we launched it as a paid product in 2014.

The Resgrid SaaS runs on Microsoft’s Azure and was up there at the end of June 2012. We started charging for the service January 2014. That’s a year and half we had the product up there for free. Even with a year and a half of development and work, asking people to pay for it was a very difficult decision. There was more to add, more to fix, more to test, more to improve. it never ended.

So how can you force yourself to launch your product?

1.) Have a partner/s or a sounding board

Having someone with knowledge of the product or service, with experience in launching or good baseline knowledge I think is important to forcing you to think critically about your baby. An different perspective is incredibly valuable when internally your conflicted about a decision. Even if you don’t want partners in your endeavor then find someone who will listen and give advise. What you don’t want is someone who will blindly agree with you.

At some point early in the process determine what your minimum viable product is, what would be the baseline someone would pay for? It can be one feature, or a set of features. But your not talking full on double rainbow, just the bare minimum feature set. Your MVP is important, it’s the baseline of what people will use, find useful and possibly pay for. But it gets it into their hands early. Resgrid launched on 6/22/2012 with a MVP (allow first responder personnel to denote if they are responding or not). Our mobile apps were dead simple: 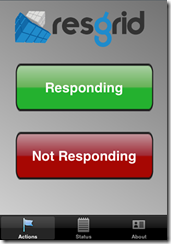 Oh yea, now that’s an MVP. A lot of what we’ve added to Resgrid over the two years has been feedback from our customers, or as Jeff Atwood would say, Complaint Driven Development. This is something that I pride myself on and as a company Resgrid prides itself on, quickly responding to our customers feedback. But if we didn’t start with an MVP and get it into the hands of our users, we most likely would be a completely different product.

Before you launch, get your development and deployment stories sorted. Think of this as softening the beach before the invasion. This gets rid of the excuse of “it’s too time consuming or costly to get it out there” (especially for SaaS products). At Resgrid we use Microsoft’s Azure coupled with BizSpark this lowered our cost and allowed us to iterate very quickly.

Remove all the friction that prevents you from focusing on your product. Use cloud providers, like Azure, to deploy your product to for getting it in front of your customers, even if you eventually expect to house it yourself in house.

Launching will never be easy, it will never go flawlessly, there will always be problems and people that hate it. That’s just the way it is. We iterated on Resgrid for a year and a half, pushing weekly updates and getting feedback. But it was still a difficult decision. There are still parts of the app that need more QA, more work, help and insight for the users, documentation, etc. But those elements and issues will always be there.

You will never polish every edge case, every combination or usage pattern. Instead of tying to fix all of those, focus on your “Happy Path” and ensure that works well. Then respond to customer feedback and fix the edge cases you didn’t think of or didn’t test.

I’m not a fan of hard dates for delivering features. I feel that this can cause a business to be less nimble in response to issues, customer requests or changing market conditions. But for your launch you need to just set a date and make sure the product is MVP complete about two months before that. Spending the remaining time fine tuning, testing, fixing critical bugs and preparing your marketing collateral.

Don’t neglect your public presence like blogs, twitter, Facebook, public site, etc. Unless you have a built in audience or are well known it can be hard getting the first user, even if the MVP is a free alpha. The goal with your launch is to get users on it as quickly as possible, get feedback and iterate as fast as you can.

Don’t worry about complaints, issues or other negatives

This is going to be tough, and I didn’t put a number on it because it’s not a ‘thing’ to try and get you to launch. No launch goes smooth, there will be issues and probably a lot of your early adopters will probably leave and never come back. Don’t dwell on the negatives, you need to push on and keep iterating.

Launching something is a rollercoaster, from major emotional highs (getting signups, paying customers and compliments) to some serious lows (crashes, unsatisfied customers and no signups). As the adage goes, it’s a marathon not a sprint. Don’t fear the negatives, learn from them and move on.